Sponsored by the Fox Office1/3 lb Mac & Cheese, cheetos $51/2 lb Chicken Nuggets, cheetos $5Please contact the Fox Office for an order form. All orders are pre-paid in advance and submitted by the due date.  Thank you for your support.

Many thanks to Jane Rozek, Local History Librarian at the Schaumburg Township District Library for providing the following articles on the life of Miss Anne Fox. [email protected] 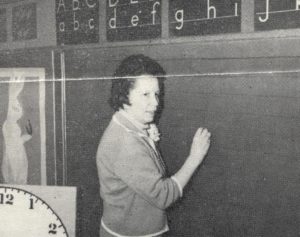 Colfax Township is located in Champaign County, south and west of the Champaign-Urbana metro area. It is rural, filled with farm fields and, today, home to about 250 people. It is where Anne Fox was born and where she is buried.She came into the world on September 10, 1904, the third of seven children of Daniel and Margaret (Junkersfeld) Fox. Anne was sandwiched between the two oldest, Edward and Marie, and the four youngest, Earl, John, Helen and Ruth .
In 1926, at the age of 22, after teaching in Champaign County, she followed her sister, Marie, to Schaumburg Township and accepted a job teaching at a one room school in Schaumburg Township. Anne noted in later documents that the sisters took inspiration from two of their aunts who were also teachers. 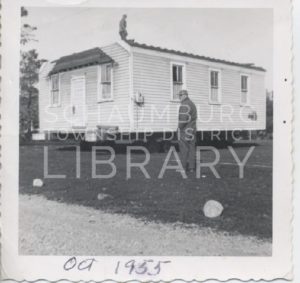 For the next seven years, until 1931, Anne taught at two different schools. She began at the District 51 School on Higgins Road (seen above) that was alternatively called the Meyer School or the Sunderlage School. 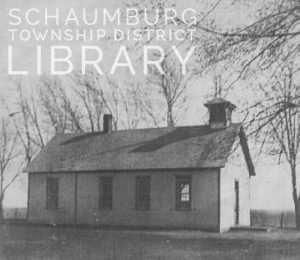 According to a Herald article from March 19, 1967, she then spent four years at the District 52 School (seen above) on Plum Grove Road that was alternatively called Maple Hill School or the Kublank School. The article said that “the social aspect is reported to have been almost as important as the salary since she was invited out two or three times a week.”
An April 1967, District 54 newsletter, the Reporter, shares a few of her details of teaching in these schools. Miss Fox recalled, “I wanted a piano for our school, so we sponsored a dance in old Schaumburg Center to raise the money…. Some of the winters were hard in those days too. I can remember being driven to school in a farmer’s sleigh. They were kind to me and heated bricks for me to put my feet on in order to keep them warm.”
Young, single teachers of this time period often lived as boarders at the homes of nearby families. Anne was no different. In the 1930 census she is reported living with the Louis and Emma Kastning family on Plum Grove Road, just north of Higgins Road. Maybe they were the family who took her to school in a sleigh? 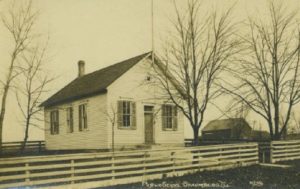 Her older sister Marie taught 3rd through 5th grades in the 1920s and 1930s at the one-room Schaumburg Center School on the northwest corner of Schaumburg and Roselle Roads that is seen above. In fact, a Cook County Herald article from March 1, 1927 states that “Misses Marie and Anne Fox spent Friday evening at the home of John Homeyer.” According to another Herald article from March 19, 1967, the two sisters were known as “Miss Marie” and “Miss Anne.”
In a Herald article from April 28, 1967 Anne said of her one-room school years, “In those days, the school was the center of community life, so naturally I grew to know my students’ parents well. Perhaps this was one reason why my past students were always anxious to finish their daily work.” 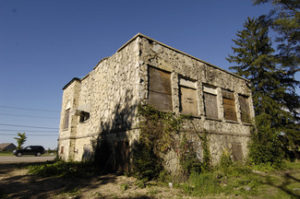 In 1931 Anne moved to the District 41 Lindbergh School (seen above) on Shoe Factory Road. For the next 17 years she was the sole teacher of grades one through eight in the school. According to her obituary, it was also, in this same year, that she moved to Villa Street in Elgin, living with her parents who moved to the area from Champaign County.
When the school district consolidated in 1948 with the Bartlett schools, she returned to Schaumburg Township and took up her duties at Schaumburg Center School where the enrollment was 18. The article from the March 19, 1967 paper says that she taught first and second grades until the one-room schools were consolidated in 1954. 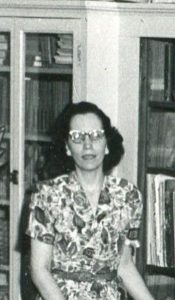 From 1954 to 1957 she also taught first and second grades at the newly built, Paul Schweikher-designed, Schaumburg School on Schaumburg Road. She was then assigned to Fairview School where she served one year as a teacher-principal.
According to the April 1967 District 54 Reporter, “the next year, when administration would have become a full-time job, Miss Fox decided in favor of the classroom. ‘I want to be with the children.” For the remainder of her career she taught first grade at Blackhawk School on Illinois Boulevard.

During this time School District 54 honored Miss Fox for her many years of dedication and excellence in teaching by naming their new school in the Hanover Highlands as the Anne Fox Elementary School. The school opened on September 5, 1967 and was the first school in the district to be named for a living person.
Wayne Schaible, superintendent of District 54 said, “There are few people in Schaumburg Township who are so important a bridge between the past and the present, and through all these years Miss Fox has maintained a high standard of educational excellence. This gracious lady is worthy of being recognized by the community which she has served so faithfully.”
Miss Fox continued with the district for three more years, retiring in 1970 after a 46-year career. In her last few years she served as a demonstration teacher, guiding new teachers in the district through the successful methods she incorporated in her teaching style. As Mr. Schaible said in the Herald’s March 19, 1967 article, “The only problem I have had with her…is that of deciding who would be privileged to be in her class and consoling parents whose children were not so fortunate.”
Miss Fox retired at the age of 65 and intended “to enjoy my home” and do some traveling. Unfortunately, in six short years she passed away on April 19, 1976. While services were held at St. Mary Church in Elgin, she was buried at St. Boniface Cemetery in Colfax Township in Champaign County. She is surrounded by her parents, brother Earl and infant sister.
Though Anne Fox began and ended her life in Champaign County, her great impact on the children and schools of Schaumburg Township was immeasurable and lives on in the school named for her in Hanover Park.